Home » Meizu POP 3 closer than ever: what TWS headphones with ANC will be like
News

Among the various products mentioned Meizu there are no true wireless headphones equipped with technology active noise cancellation (ANC). Just a while ago we talked about it, anticipating the release on November 17th. Unfortunately this was not the case and as of 21 November we have no concrete news. But hope is not the last to die as we are aware that the brand has recently patented a product that could turn out to be just what we are looking for. The POP 3, this should be the name of the headphones with ANC, will these be or not?

These should be the new (and first) Meizu POP 3 headphones with ANC technology for active noise reduction. Simple, but complete

According to our source, the ones we see below would be the Meizu POP 3. As anticipated, the company still does not have this type of product in its catalog. In general, all the giants of telephony such as Xiaomi, OnePlus but also Realme e live, have decided to throw themselves into the audio sector. Meizu, however, compared to the others did it a bit late. It would be a nice move to present the new product with the arrival in our continent

advertisement
, but perhaps we are asking too much.

In the first two images we see what will be the closed (left) and open (right) charging box. Features a ice in the center, in the front, which typically serves for report the charging status of the earphones. As for these instead, the shape of the housing in the box anticipates that they will be in-ear. And indeed, as we can see in the next photos:

On the left we can see the earphones from above. As we said it is in-ear headphones with two microphones positioned in the intermediate part between cue and rubber. One of these will undoubtedly be dedicated to active noise cancellation. Unfortunately we don't know if they will be equipped with touch controls: if this were the case, they would be placed on a medium / high market segment, with a consequent high (albeit competitive) price. 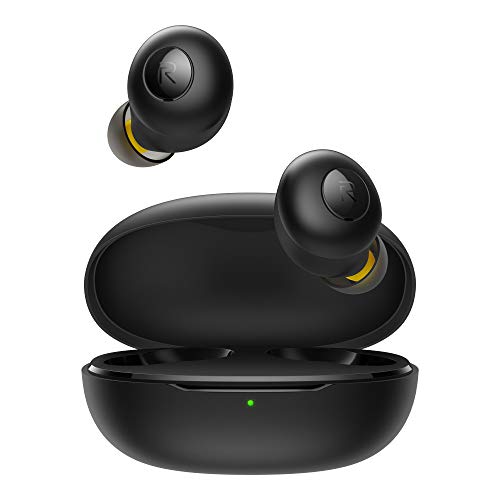