OnePlus 8T is the latest smartphone in chronological line launched by the homonymous brand. The company's bet was to bring a device with top-of-the-range features at a more affordable price than the standard and Pro variants. The goal has been achieved and with not insignificant results: critics appreciate the device even if it is not lacking some problems. We usually think (not surprisingly) that the OxygenOS is the most stable Android customization of all: this is true, but it is not perfect. Although in a reduced way compared to other skins, she too has some criticalities. What we are going to see today concerns the touch screen and especially the lower part of the smartphone.

The touch screen, at the bottom of OnePlus 8T, does not work properly: here are the numerous user reports from the official forum and reddit

On the reddit messaging social network and on the official forum, there are many reports of users who own OnePlus 8T. This devices, since last week, started giving problems in the lower area. When trying to use touch controls, for example to send a voice message to WhatsApp or even when you have to play PUBG, the controls do not respond properly. After numerous reports, the brand, through an official thread, tried to give a solution ... unfortunately not very useful. Let's see the details.

The first user, eight days ago, noted this:

I noticed a problem with touch on some areas of the screen. This happens only by disabling the navigation keys and then using only gestures, if I open whatsapp and select the icon for the voice message, nothing happens. the only way is to press and drag the icon up to use the “no long press mode”. Whatsapp is not the only application where this problem occurs. even google messages. I think it can somehow be linked to the fact that the zone I am talking about is the same one from which you can call the google assistant. Has anyone noticed?

I'm having trouble with the keyboard not registering touch commands at the edges of the screen. I have to resize my keyboard to make it smaller, just so it records the touches on the edge. If my finger even partially touches the edges, the key I'm pressing is not registered (this is especially noticeable with the back button). I have not encountered this problem on any other phone I have used. Is there a fix for this?

In the latter case a comment reports that also on OnePlus 8 Pro the same problems are encountered. In addition to this, another comment states that it is a known Android issue and bad touch management system.

Another user, also on reddit, says his problem shows up mainly when he plays on PUBG, the well-known third-person shooter. As mentioned earlier, the company some time ago proposed a short guide to solve the problem but apparently, after several days, the bug continues to exist. In particular the suggestions are:

Clearly these are obvious tips as well they do not solve the problem in any way. Have you also encountered problems on your device? If so, please let us know in the comments and report it on the official forum. 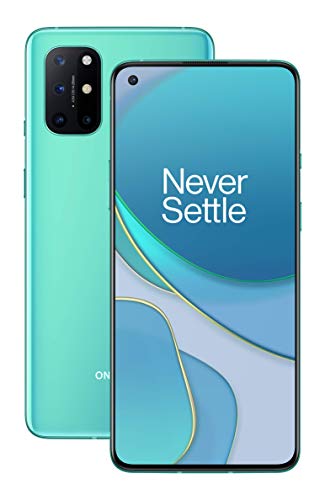 OnePlus: 7 features that will be implemented on the OxygenOS

OriginOS of vivo official, between iOS and MIUI: a masterpiece