Home » OriginOS of vivo official, between iOS and MIUI: a masterpiece
Guide

OriginOS of vivo official, between iOS and MIUI: a masterpiece

Today is the day that live, a newborn company in Italy, has decided to launch the new customization for its smartphones in its native country. OriginOS, this is the name of the skin that will (perhaps) take the place of FuntouchOS. Let's say maybe because nothing has been officially communicated by the brand. It would be a shame to substitute a customization for that in Italy we could use very little. In this regard, we refer you to our vivo X51 review. But what are the news of the new OS? Let's go and see them all in detail.

Here's what OriginOS di vivo looks like: a hybrid of the best customizations on the market but with a personality all its own

A year and more of design for this custom interface that looks different in all respect to the FuntouchOS, both in terms of features and in terms of user interaction. Those of you who know the game Klotski? This is not a video game but a real physical game invented last century. It is a series of blocks that must be moved on a plane in order to bring a certain block to a specific position. A puzzle in essence.

Well, vivo's OriginOS looks like this: in fact, on the home page we find all the windows (similar to bubbles) interlocked with each other. As we can see in the right part of the screenshot, the home is ideally divided into all squares. By combining them, the brand has decided to develop icons in this symmetrical way. A kind of desktop grid.

The name perhaps leaves something to be desired and reveals what is not in reality: these are not small notifications, but rather a reduction of the amount of message within the notification itself. We explain ourselves better.

When a notification arrives normally on Android we can choose whether to view the entire content or only the notification of receipt. With the new skin of vivo will come discreetly displayed only essential content and more important than the message. Basically only the "first level of information" is presented.

In the same way as notifications, widgets are also presented in an essential and minimal way. Moreover i widget

advertisement
, a bit in the iOS way I am Customizable: at the top, as you can see in the following photo, you can set three applications to use for music.

To accompany the music player, there are three different icons at the top that correspond to different applications. By selecting one of these you can switch apps, of course, and therefore listen to music with another service.

If with the MIUI 12 and OxygenOS 11 we are used to seeing the weather application that changes according to the external weather, with the OriginOS di vivo we go further. There is indeed the possibility to enable and disable a similar option but for icons. Based on the variation of the weather, the animation of the icon itself will change giving way to the OS to become dynamic like never before. Unfortunately we are not in possession of a GIF that shows the feature in question.

As well as i Super Wallpapers of MIUI 12, this skin also has some animated wallpapers. However, these vary over time in different ways. Let's see in this clip what it means. In turn, the behavioral wallpaper can be customized in the following way: we choose the number of "frames" with which we want the wallpaper to change and the system, over the course of the day, will pass from frame to frame to make the flower bloom (as in the example).

The last feature we see is the OS switch. To be honest, the interface will not be changed at all as previously announced. The personalization of personalization will change. OriginOS offers the possibility to use the homonymous skin but in three variants: with widgets, standard or stock Android.

We don't know when personalization will actually debut but the brand has started the beta recruiting phase today. We await further information on this. 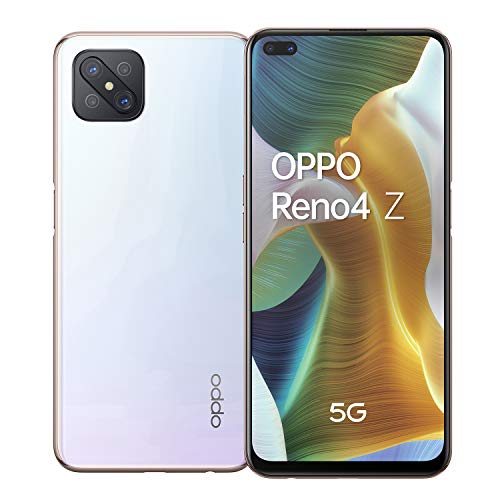 Craving Android TV? Try it on your PC with Android Studio

Is your Android smartphone receiving late notifications? Here is the guide to avoid it

DC Dimming on OnePlus 8T? It is now possible with this little guide